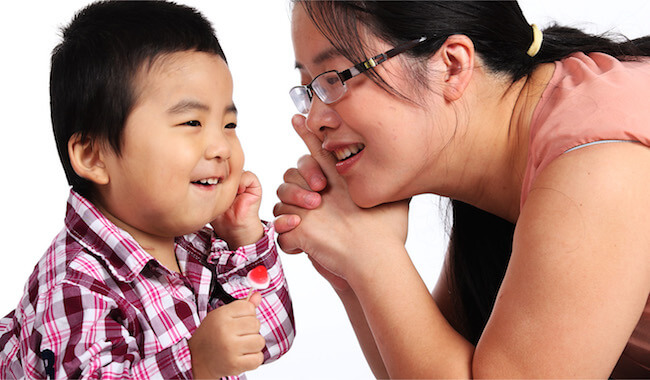 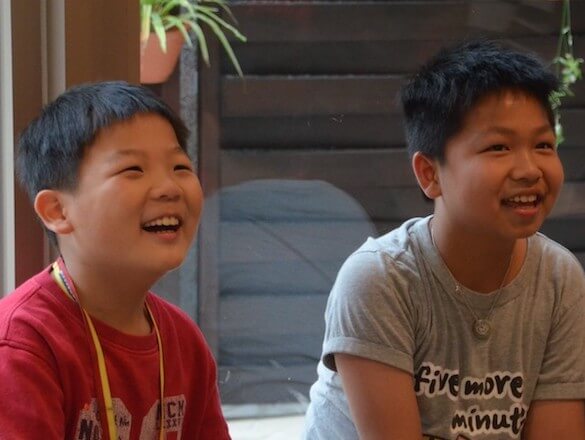 John, a chubby boy, was diagnosed with leukemia when he was eight years old. As a single parent with little family support, John’s mother faced tremendous pressure. She got divorced a few years ago and did not have closed family members by her side. Fortunately, John’s doctor referred the family to Ronald McDonald House® Hong Kong. In this temporary home, they received great support and encouragement. While the mother shared her experience with other parents, she could ease her tension during difficult time. They also joined regular activities such as yoga, music class, etc. that helped them relieve their pressure and anxiety. John has made friends with other children and he became a Super Fan of our activities. He has already recovered and returned home. John and his mother still provide great support to our activities. They are always our “family members”.
Alleviate Stress to Fight Back 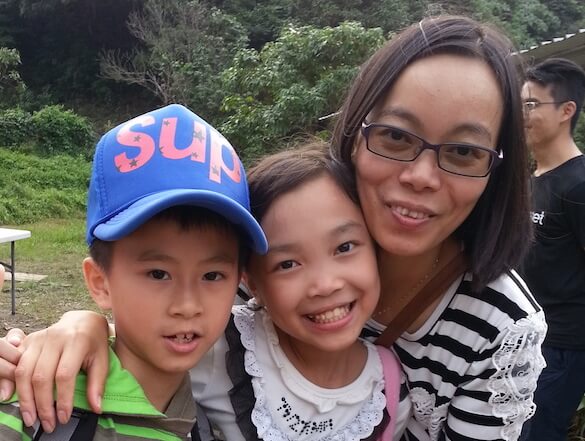 Life is full of adversity. My two lovely daughters suffered from Thalassemia, which made me live in hardship for ten years in order to take care of them. Fortunately, we got chances to accommodate at the Ronald McDonald House®. It not only helped me take care of my daughters but also giving me a chance to talk to its staff members and volunteers when I was depressed and doing physical exercise to relax. Luckily, the pair eventually recovered.

My elder daughter Cheuk Chi was diagnosed as Thalassemia intermedia when she was one year old. More unfortunately, my younger daughter Cheuk Ying was also diagnosed as Thalassemia major when she was six months old and needed to stay in hospital twice a week. I was shocked and wanted to give up Cheuk Ying. Luckily, doctor told me that Thalassemia is curable and I gave up the idea to abandon Cheuk Ying. However, as I was still living in GuangZhou at that time, it was exhausting to cross the border all the time. Therefore, I took Cheuk Ying only to receive treatments in Hong Kong. Cheuk Chi was looked after by her grandma in the Mainland, and was taken to the hospital in Hong Kong every month by her uncle for blood transfusion.

Fortunately, when Cheuk Ying was two years old, the hospital found the cord blood that matched her and she received bone marrow transplantation successfully when she was three years old. However, it was such a painful process to just a 3-year-old girl. Every time when she received the chemotherapy, she suffered from lots of torturous side effects such as mouth ulcers and diarrhea etc. Since the hospital did not allow parents to stay overnight with their children, Cheuk Ying lost temper to me and threw pillow on me. It was indeed a horrible experience to me too. I felt painful for my daughter and was horrified by various problems appeared during the treatments.

While Cheuk Ying was receiving the bone marrow transplantation, Cheuk Chi was also having the pancreas removal surgery. I was extremely worried and exhausted. The doctor suggested Cheuk Chi to have her pancreas removed because she no longer needed to receive blood transfusion after the surgery. Sadly, this situation only lasted for three months. Cheuk Chi was diagnosed as Thalassemia major.

Since the bone marrow transplantation of Cheuk Ying was successful, I asked the doctor to arrange transplantation for Cheuk Chi too. According to the usual practice, doctors will not help children with Thalassemia to carry out non-relative transplantations if they are over ten years old. I was extremely anxious at that time. To my miracle, the God seemed to hear my prayer and got Cheuk Chi a right cord blood when she was eight years old. Although it was not the first time for me to encounter this surgery, I was still very worried because I knew that it was a very difficult path for Cheuk Chi.

Fortunately, both of them recovered and I felt relieved. It was lucky that we can live in the House during the difficult times. Otherwise I would have collapsed.

Mother of Lam Cheuk Chi and Lam Cheuk Ying
I am HimHim. I love playing with toy cars.
I am three years old. Since birth, my grandma has been taking care of me. Like other kids my age, I just always want attention from my grandparents. However, I am different from other kids in that I’ve been diagnosed with acute lymphoblastic leukemia.

When I was a baby, my parents were often in tears when hugging me and my grandma always dragged me to go on long car rides with her with a frown. I thought I must have done something wrong that they were not happy with me. One day, my grandma said we were moving to a new place, where I was able to make lots of new friends, and where my grandma has continued to prepare meals for me. It is here that I see my parents smile again. I only found out later that this place was the Ronald McDonald House.

Thank you for your donation. Because of you, I can receive my treatment under love and care, and have the opportunity to grow up with health.

Grandma, thank you for taking care of me. When your rheumatism acts up in the future, I hope to be in good enough health to be your chauffeur and to take care of you just like you’ve for me all this time.
View More
1
2
3
4
5
6
DONATE
CONTACT US